This gray is water and air 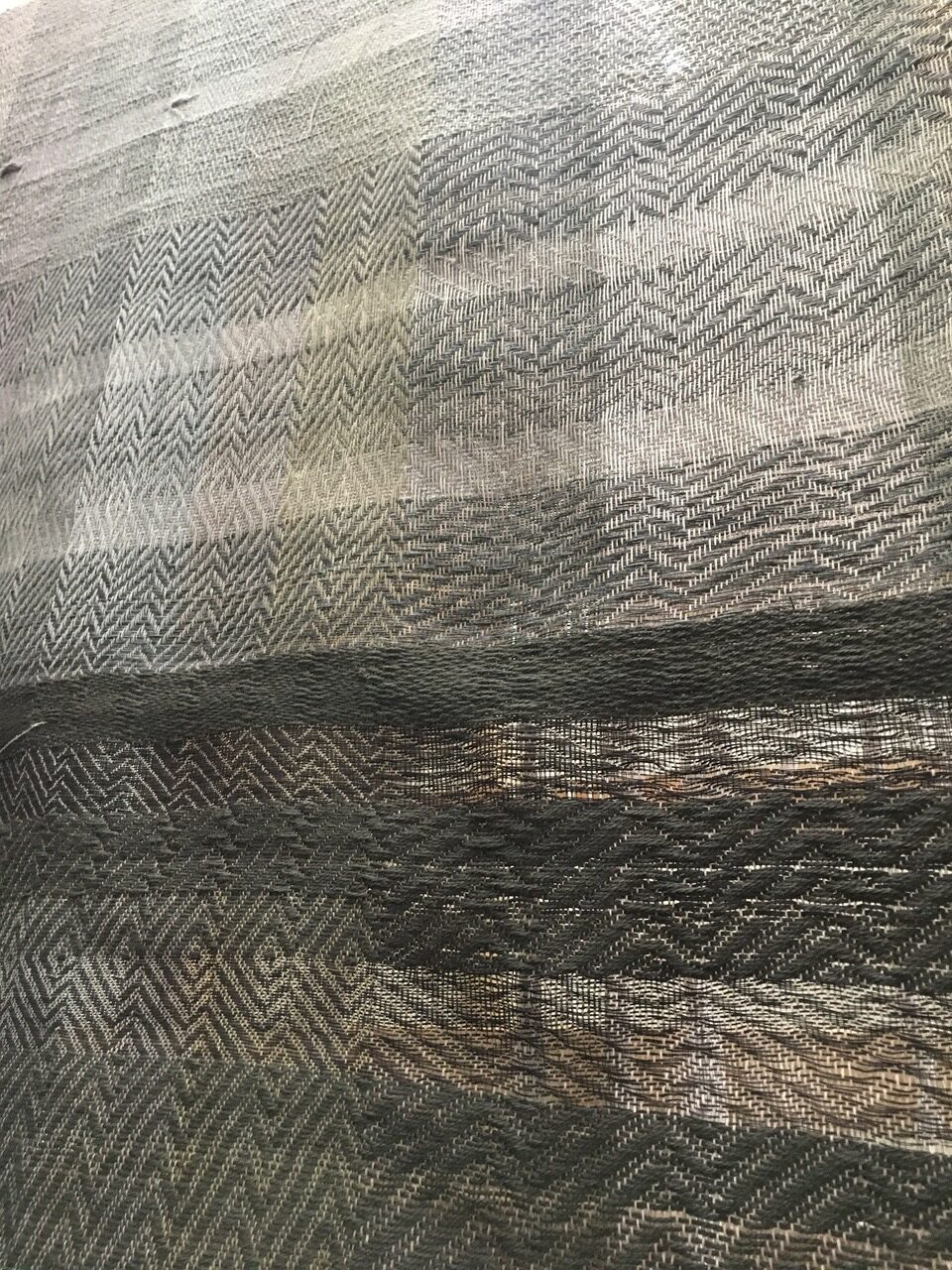 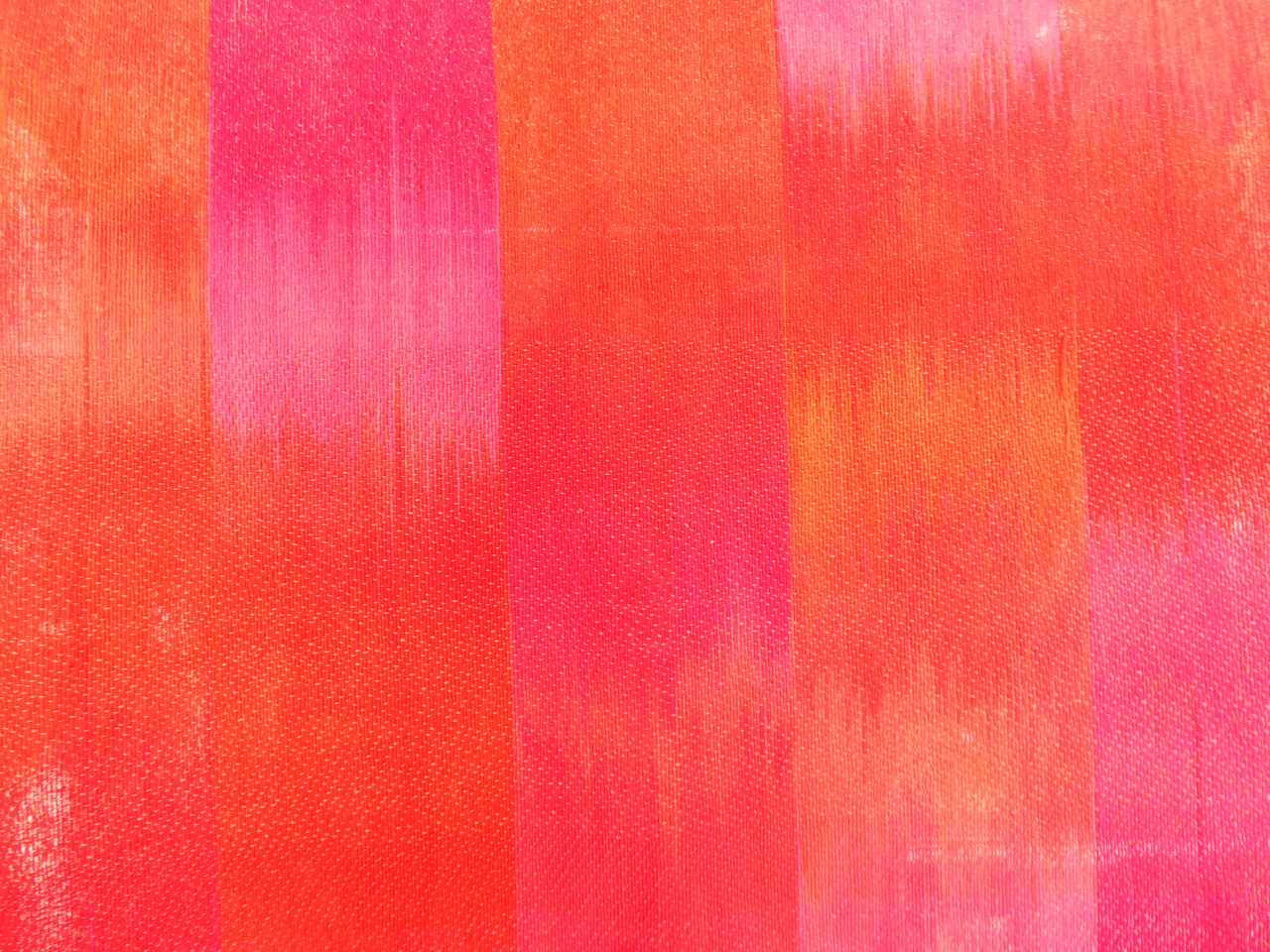 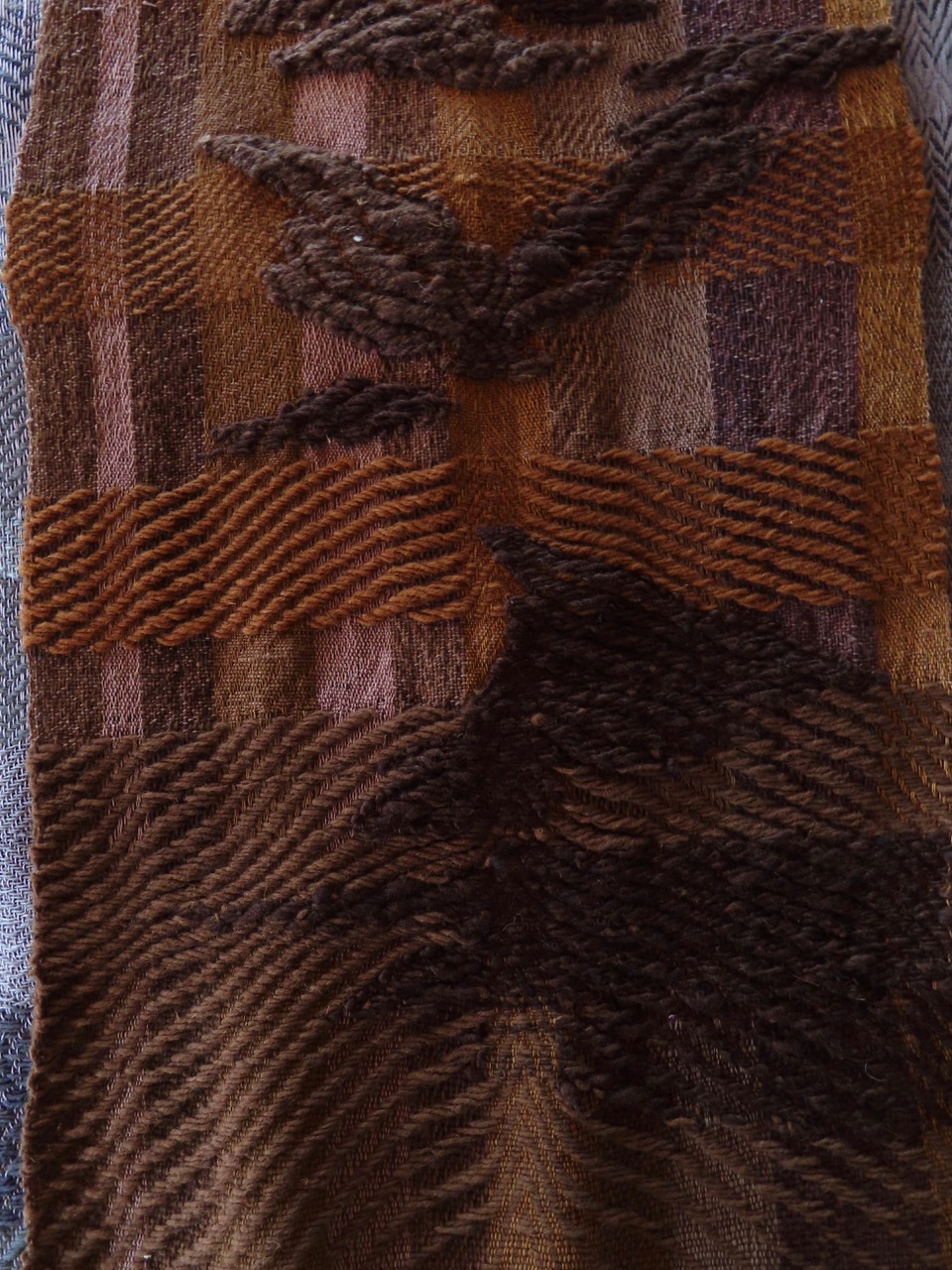 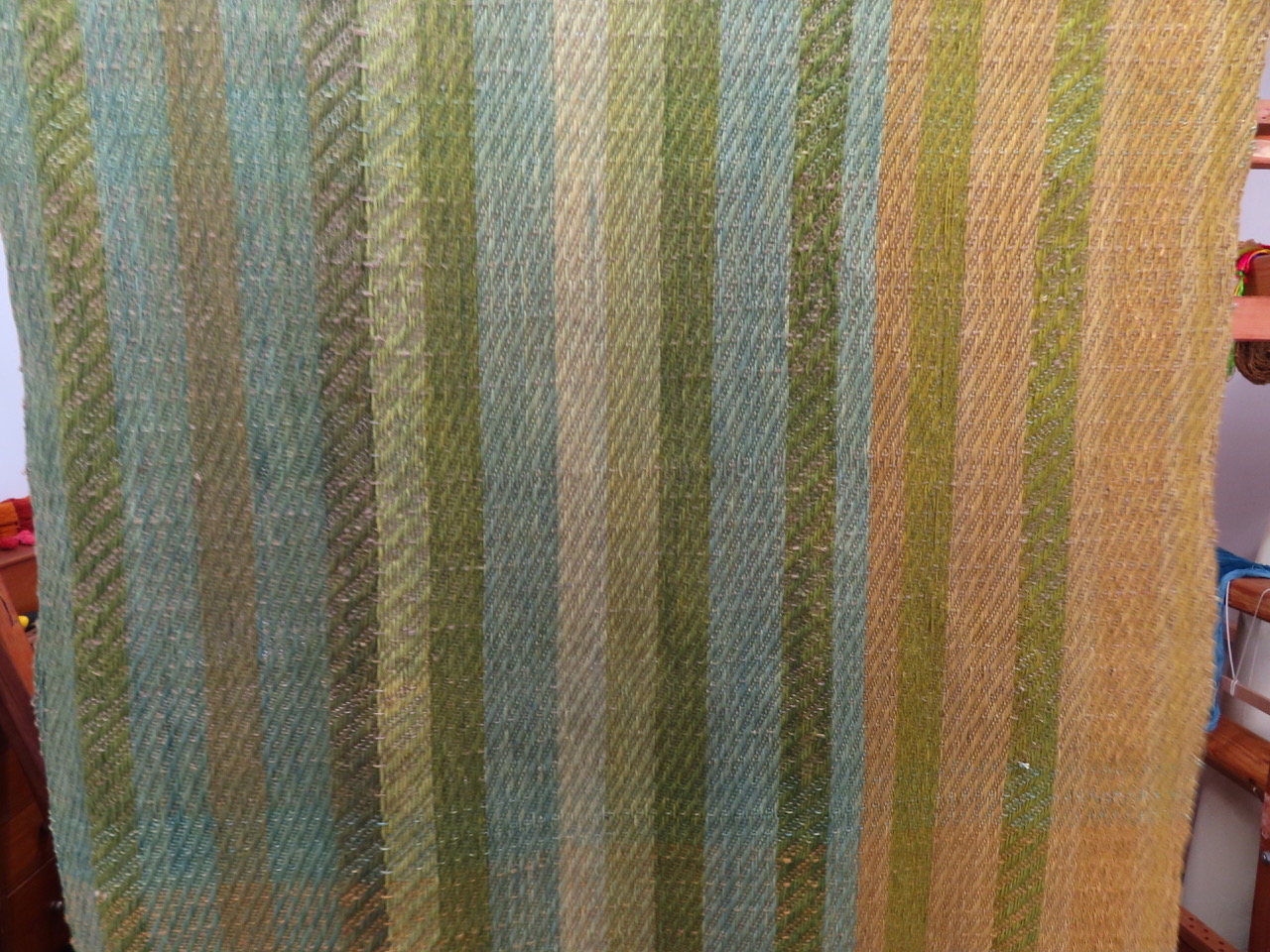 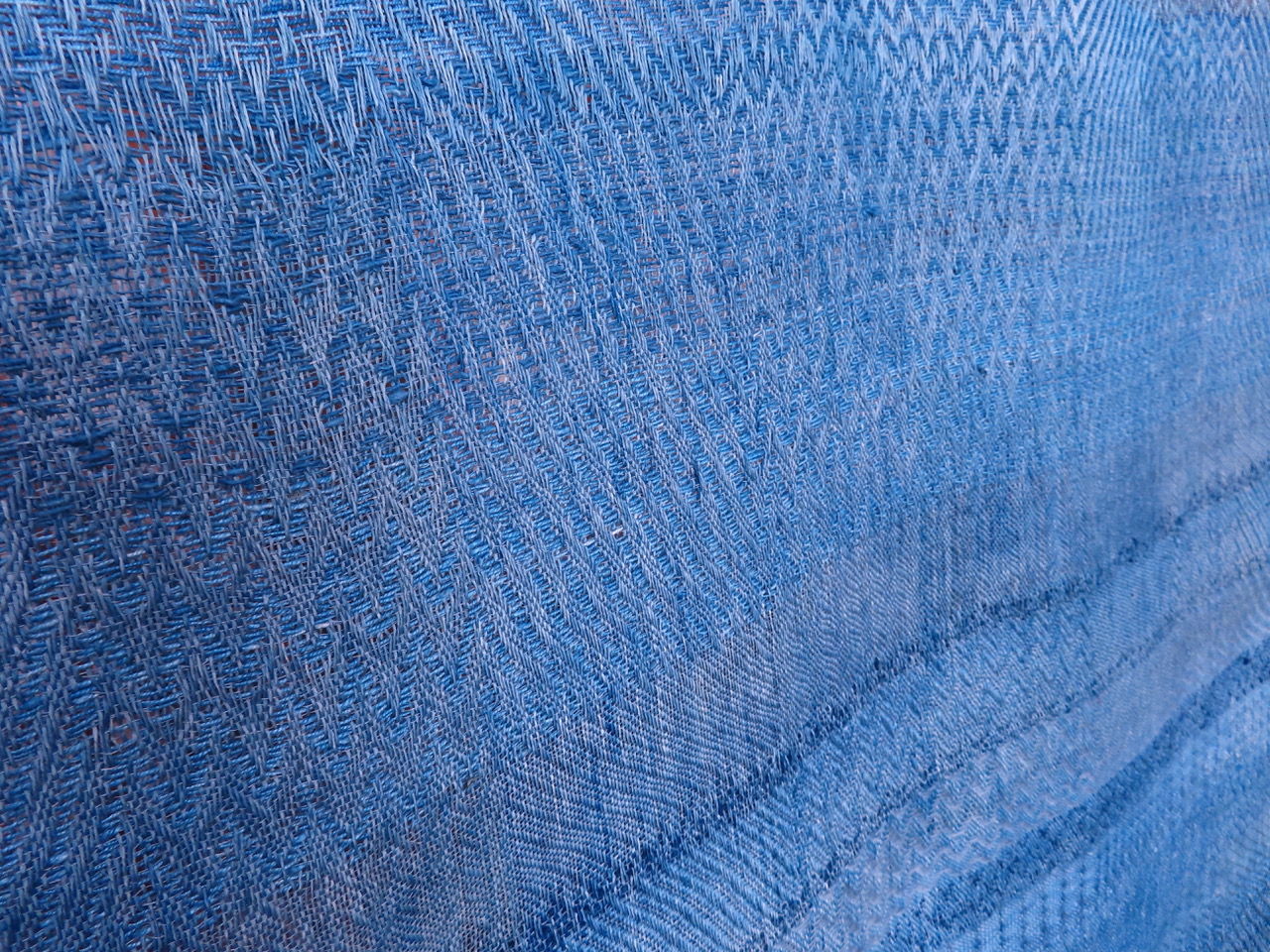 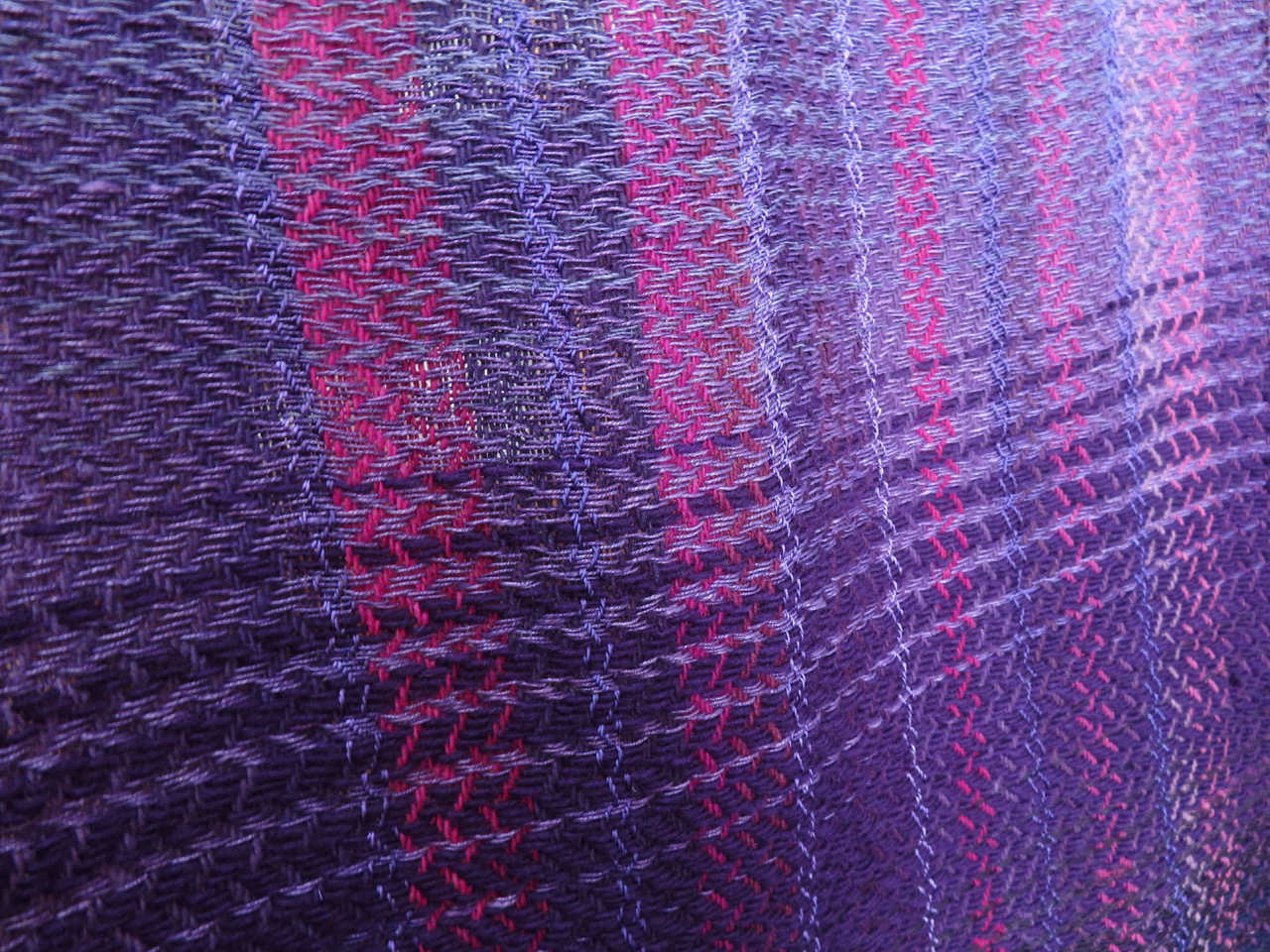 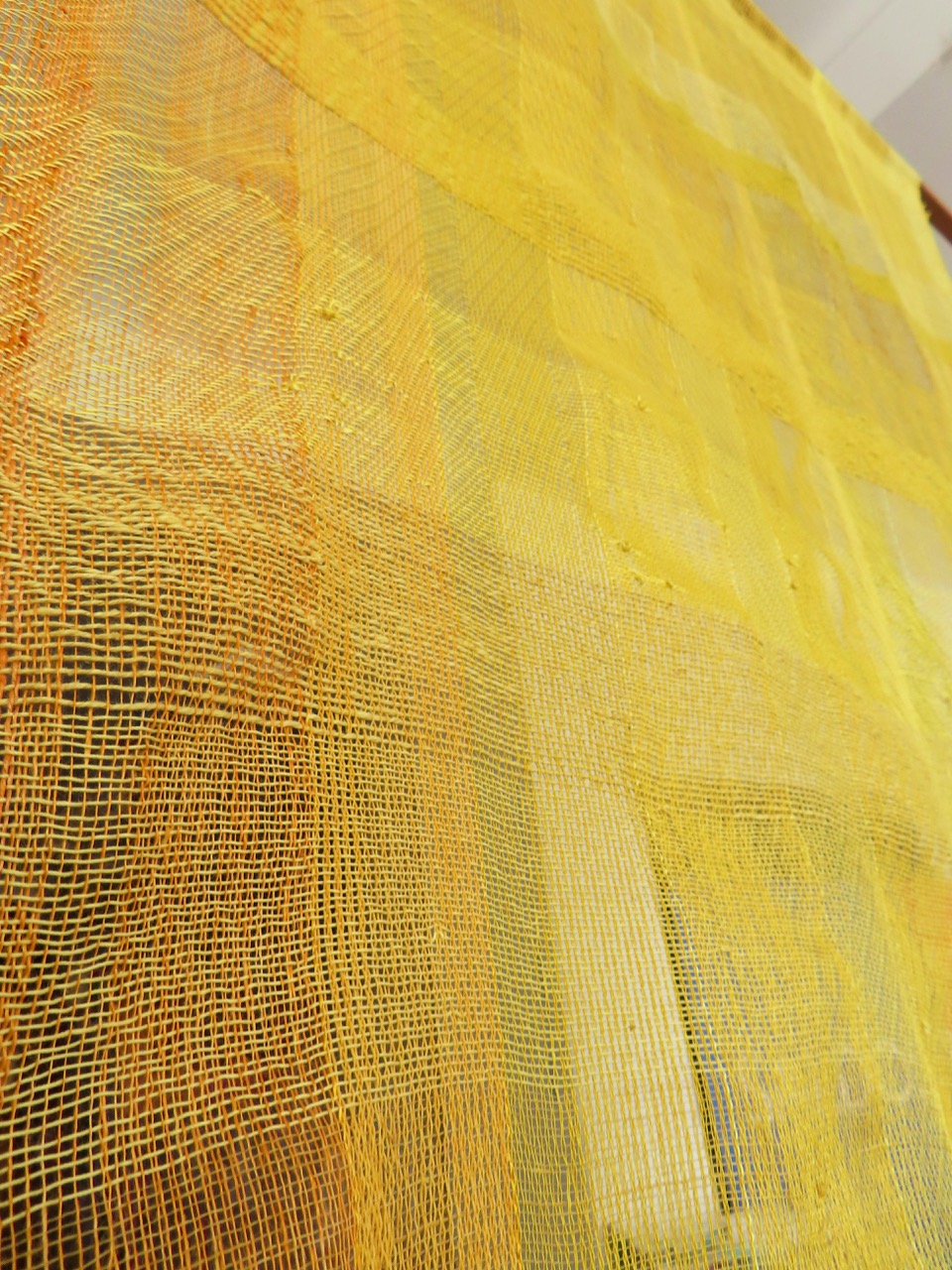 Esse cinzento é água e ar (That grey is water and air) is the first solo exhibition at Galeria Fonseca Macedo of Alice Albergaria Borges,  an artist and designer dedicated to the research, exploration and preservation of traditional textile techniques.

Alice is a guardian of knowledge. Visiting her studio in Caldas da Rainha is an incursion into the politics of materials and colours, of their uses and symbols. Her work deals with dyeing, methods, intuition, ancestry, botany, and ecology, and blurs the line between where the hand ends and technology begins. To experience her work is to understand textiles as a writing process, their role in the creation of codes and individual and collective identities, and, ultimately, to consider the central role that textiles play in revealing other narratives, realities and experiences that the canons of history often ignore and erase.

Over a cup of rose madder tea (a material also used as a red dye), we spoke about how textiles formed one of the earliest forms of shelter for the human body; how their forms, uses and applications have evolved over time. We also spoke about how textiles have been bound up in exploitative relationships that perpetuate extractive processes that threaten territories and the balance of their ecosystems. For Alice, using natural materials and working manually is a strategy to counteract these systems and give value to other production contexts. In a world that is struggling for alternative ecologies of time and making, she is interested in the materiality of the fibres and in the potential of the loom.

These concerns extend to the way she studies and explores colour in her works through natural dyeing processes. Until 200 years ago, all colours had natural origins, which implied a technical, scientific and specialised knowledge of pigments and dyes, and of processes of cultivation, transformation and extraction from various species and materials. All over the world and throughout human history, colour has assumed distinct symbolic, social and economic values, with even its nomenclature (or lack thereof) reflecting its importance, perception, and political status. The processes of colonisation and industrialisation fostered a dominant cultural tendency towards ‘chromophobia’,1 the fear of corruption or deviation through the use of certain colours. This is evident in the various attempts in history to suppress certain colours2 and their associations with certain bodies and groups – the feminine, the queer, the indigenous, the infantile, the vulgar or the pathological – or by their association with the realm of the superficial, unnecessary or cosmetic.

Alice seeks to counteract these processes of chromatic policing and exclusion and to establish a space in which the full colour spectrum is given new meaning by enhancing its intrinsic relationship with textiles and weaving, without received prejudice or biases.

During my visit, grey threads were dyed over a fire, with mixtures of blackwood and eucalyptus leaves with iron sulphate. Alice told me that ‘greys are a mixture of all colours’. Dyeing is an alchemical process that comes down to us from an admixture of ancestral recipes, botanical and chemical knowledge, intuition, and experimentation. The production of each colour requires different ingredients, and the final result depends on the quality of these ingredients, the timing of their harvesting, their fermentation, and the particular fibre being dyed. This element of unpredictability (and chance) often produces colours with different shades, vibrations, and intensities, even within the same batch.

It is from these variations (and irregularities) that Alice builds her collections of colours, reorganising them at the loom to create patterns, textures, transparencies, and opacities. Her works are paintings made with threads – hundreds of them – defined by the sequences of warps and wefts. The exhibition presents us with these collections through seven pictorial weavings3 that orchestrate colour, suspended in space as in a spider’s web, free and operative, contrasting with the orthogonal rigidity of the loom. Each chromatic plane – blue, purple, red, yellow, green, grey and brown – exists in its relationship with the other,4 underlining its subjectivity and ambiguity in a play between composition and superimposed rhythms and limits. Esse cinzento é água e ar é is a place of untethered continuity, where things merge to take on multiple forms and positions.

At the end of our meeting, Alice shows me a set of paintings she made using a kind of gouache that she herself has managed to produce by extracting pigments from the colouring liquids she uses to dye the threads. This material represents her stretching the limits of matter and the possibilities of its application.  In the end, much more than a mere guardian of knowledge.

1 David Batchelor – Chromophobia. 2 William Calvo-Quirós warns of an ‘aesthetics of coloniality’, the processes by which the West uses aesthetic concepts and theory to validate ethnic and racial oppression and segregation through discourses around taste, art methodology, and the use of colour. Calvo-Quirós is a professor and researcher on the connections and intersections between Design, Aesthetics and Space. 3 ‘Pictorial Weavings’ is a term coined by the artist Anni Albers. 4 Josef Albers – Interaction of Color.